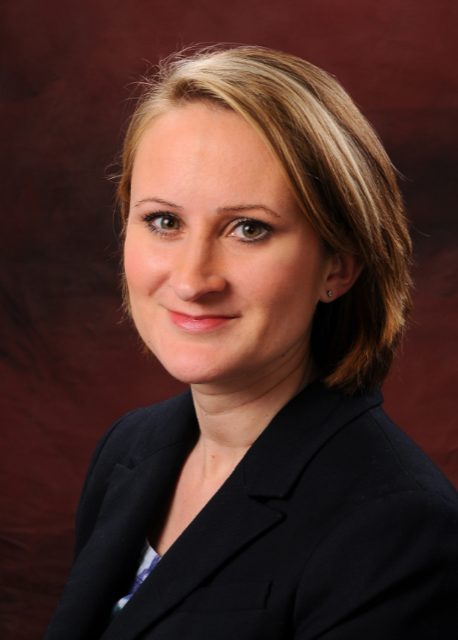 Several years ago, a man came into a Kroger store in Richmond, selected a jar of peanut butter, jelly and a loaf of bread and headed out the door without paying. Some store managers may have called the police on an apparent shoplifter. But on that day, store manager Shawn Embrose was working. She stopped the man as he was going out the door, but instead of reprimanding him, she said, “I would appreciate it if you would talk to me about this. We’re here to help.”

She learned that the man was living in a motel down the street and that he was a single father of two children. “He didn’t know where to go to get help,” Shawn said, so she bought him some groceries and gave him contact information for Richmond’s food bank, Feed More. “They will help you find food,” she told the man.

From then on, the man was able to utilize services at Feed More to provide nutritious meals for his two children. Later in the year, Kroger even sponsored a toy drive for his family. “Providing him with a little uplift and getting him connected to the food bank there—that went a long way for him. That was a turning point,” Shawn remembers. “I really felt like he had nowhere else to turn, no support from family members. He was on his last leg. All his money went to paying for a hotel, and all he knew was he had to provide for his kids.”

Shawn says this story isn’t uncommon in the grocery industry, which is why she says store associates and managers make it a point to communicate with customers as often as they can. “If we see someone struggling, we talk to them on a personal level,” she says. “All of our stores are very much community stores.”

Now Shawn is a regional HR field specialist with Kroger. When she relocated to Hampton Roads, she knew she wanted to be involved in the work of the Foodbank of Southeastern Virginia and the Eastern Shore. For several months, she has been a member of Women Ending Hunger (WEH), the Foodbank’s leadership giving circle made up of women who are committed to making a significant, lasting difference in the lives of individuals in our community. Members of WEH gather for events (which are currently virtual) to learn more about the Foodbank’s programs and initiatives in order to be informed, passionate advocates for addressing root causes of food insecurity.

Since joining WEH meetings, Shawn says she has learned information about the Foodbank that she didn’t realize beforehand. “People think of the Foodbank as canned food and jars of peanut butter,” she says. “The Foodbank is not only there to provide canned food but also more wholesome food, along with items like diapers.” Shawn has also enjoyed learning about the Foodbank’s goals of spreading education and awareness.

As a woman ending hunger, Shawn sometimes notices Kroger shoppers, many of whom are women, who have a limited budget and may not make the healthiest food choices because of those restrictions. “It’s important to educate women and for us to provide that advocacy and know that women who do need help can look to us as a support,” she says.

Shawn feels proud to be part of a store like Kroger, which sponsored this year’s Mayflower Marathon event and is also sponsoring WEH—additional steps toward their commitment of supporting individuals experiencing food insecurity. “We are essential workers, but it’s more than that, whether we’re talking with customers about food or just talking to them because they want someone to talk to,” she says. “That’s truly what we’re there for. It’s about being that human spirit.”